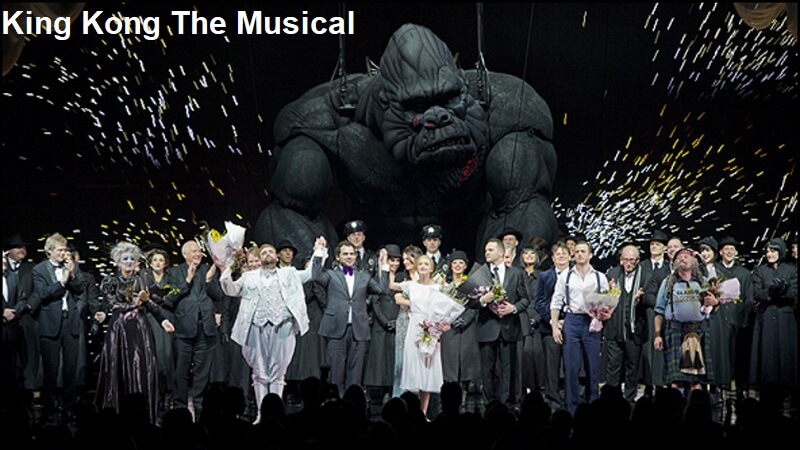 Tickets4Musical is the best site to get discount King Kong The Musical tickets and all related info like Schedule, Seating Map, Tour Dates, etc. We have secure payment system and provides you 100% buyers guarantee.

King Kong is exquisite musical show whose music is composed by Marius de Vries and its lyrics are written by Craig Lucas and Michael Mitnick while its version in a book, published by Michael Mitnick. Guy Garvey, Justice, 3D, Sarah McLachlan, and The Avalanches have contributed to compose its additional music and lyrics in order to make this musical show more fantastic and attractive for the audience. Basically, it is related with a film of similar name which was launched in 1933 but its original production was started in 2013 in Australia and it was debuted on October, 2018 after rework of Broadway production. Officially, the opening of this exclusive musical show for audiences was held in New York City at the art deco Broadway Theatre.