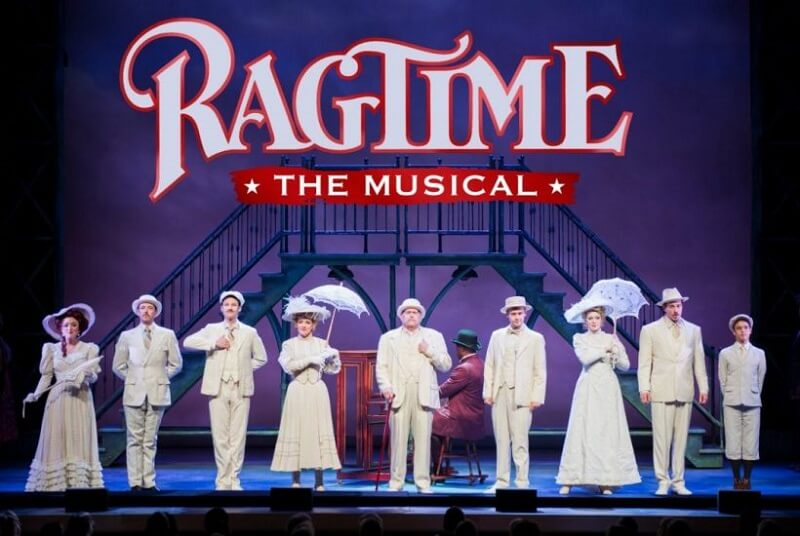 Want to watch your favorite Ragtime musical show live? Tickets4Musical is here to provide you cheap Ragtime tickets. We have huge selection of Ragtime broadway tickets and you can select your seats according to your budget.

Tickets4Musical is the best site to get discount Ragtime tickets and all related info like Schedule, Seating Map, Tour Dates, etc. We have secure payment system and provides you 100% buyers guarantee.

We also offer Ragtime Discount Coupon. You can use promo code FIESTA and get 3% discount on your purchase. Hurry Up and Reserve Your Ragtime Tickets Cheap Now Before it Get Sold.

Ragtime is a musical based on the novel by E. L. Doctorow. Written by Terrence McNally with music and lyrics by Stephen Flaherty and Lynn Ahrens. Three different classes of 20th century America: African Americans, upper-class WASPs, and Jewish immigrants struggle to find their place in America.