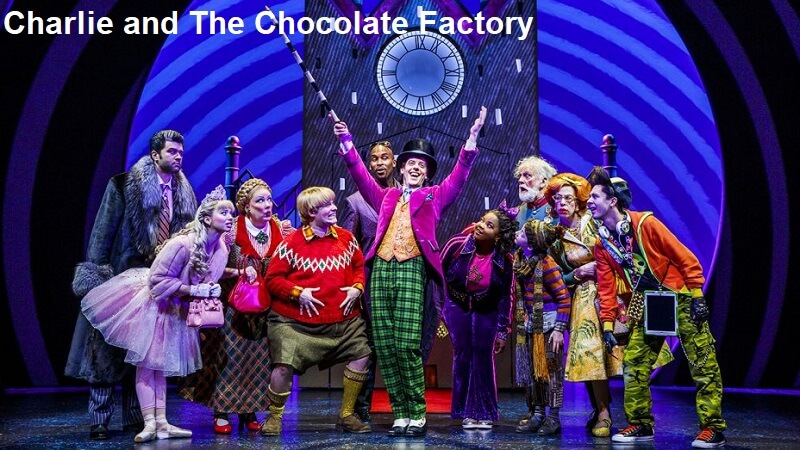 Tickets4Musical is the best site to get discount Charlie and The Chocolate Factory tickets and all related info like Schedule, Seating Map, Tour Dates, etc. We have secure payment system and provides you 100% buyers guarantee.

Charlie and The Chocolate Factory Info

The imaginary movie, Charlie and the Chocolate Factory, released in 2005 is the most popular movie which is directed by Tim Burton and written by John August on basis of some British novel, Rolad Dahl 1964. This musical show gives a vivid imagination of the director, Tim Burton who portrays a character of poor boy who is leading life in the shadow of Wonka’s factory. Incidentally, Charlie gets golden tickets from Wonka chocolate bars, a worldwide contest for choosing heir of Candy Empire. This musical show gives glimpses of the lifestyle of the good-hearted poor guy who wins the contest and enters into the fanstastic world of Wonka. This is an amazing story which is interpreted by the exclusive lyrics and music of this show, heart-touching and captivating show for the audiences.

Charlie and the Chocolate Factory the musical present a more present-day feel to the original story. Adapted from 1964 children’s novel by Roald Dahl with a book by David Greig, music by Marc Shaiman and lyrics by Shaiman and Scott Wittman. The story follows Charlie Bucket, a young poor boy. Who goes to a mysterious chocolate factory tour that will change his life forever!

Charlie and The Chocolate Factory Cast